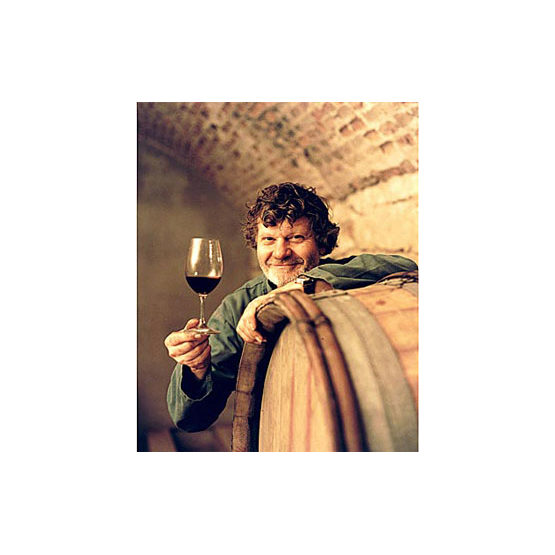 Domaine Marcel DEISS is located in Bergheim, a small village nestling in the heart of the wine region of Alsace, equidistant from the northern and southern boundaries of the region. Current winemaker Jean-Michel DEISS was born into a long-established family of wine growers, living at BERGHEIM since 1744. Managed today by Jean-Michel DEISS, the domaine consists of 26 hectares (52 acres) of hillside vineyards spread over 9 communes and approximately 20 kilometers . The extreme variation in conditions of production at the domaine have led Jean-Michel DEISS to seek to express in each wine the three factors that make a wine complete: the grape variety, the vintage and the terroir. The greater the wine, the more the gustatory characteristics linked to the soil take the place of the typicity linked to grape variety or vintage. When speaking of terroir, the following have to be taken into consideration: geology, pedology, climate and microclimate, technical exploitation of the character of the soil, microfauna and flor, and the traditional methods and techniques used to produce wines.

No one will argue that Deiss is among the top two or three domaines of Alsace. As to the rest, Jean-Michel Deiss is what the French call, a fouteur de merde, a shit-stirrer. After an old man on his deathbed entrusted him with one of Alsace's gems, the Schoenenbourg vineyard, Jean-Michel found that it was planted to an old field blend or “co-plantation.” He soon realized that this was the missing link in his quest for great wine and he replanted every single one of his top vineyards to such blends. Though this had once been the norm in Alsace, by the time Jean-Michel planted his grand crus to field blends, it was a technique reserved to lowly wines. Then, he took on the Alsatian cru system. Too many grand crus, and too large at that, but no premier crus was idiotic, he thought, and he self-appointed seven of his top vineyards “premier crus.” When you taste them, it makes crystalline sense, but this is technically an illegal practice and Jean-Michel has been battling the authorities ever since. His latest concern is to have ancient but currently illegal Alsatian varieties added to the list of authorized grapes. A troublemaker indeed, but the wines are absolutely magical.