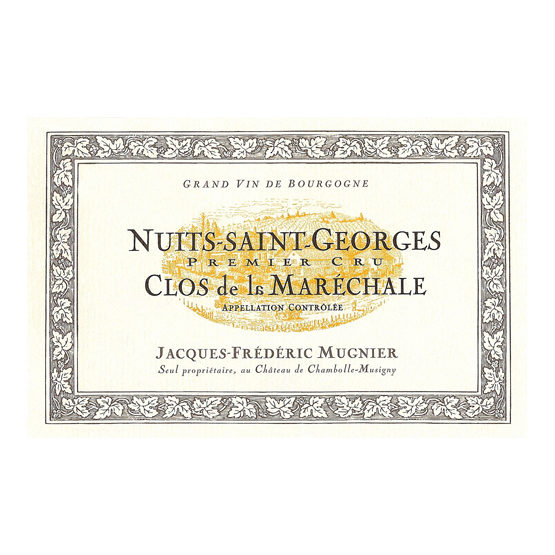 Wine Information
This vineyard is right alongside the route nationale between Comblanchienand Premeaux. It was owned by the Mugnier family for generations, and it was these fore-fathers that planted the oldest vines in the Clos around World War I. As the family became less involved in the alcohol and wine business, they decided to lease the vineyard long-term to Domaine Flaiveley in 1950. When Frédéric moved to Burgundy and took over the old family house and cellars, the lease was still in effect: it only ended in 2004. After working for a few years with just 4ha, all at once the domaine gained 10 hectares of Pinot Noir vines.

One day looking through the old family cellars, Frédéric found a bottle of 1943 Clos de la Maréchale Blanc, an odd find for a vineyard that had been planted completely to Pinot Noir. One pull of a corkscrew later, and he was convinced that the terroir was capable of producing complex, age-worthy Chardonnay. It didn't hurt either that just over the wall of the Clos grow some of Domaine de l'Arlot's Chardonnay vines, and that the resulting wine is one of Frédéric's favorite blancs. To avoid tearing up perfectly good vines, in 2004 and 2005 Frédéric grafted Chardonnay cuttings onto already-installed Pinot Noir vines, taking advantage of their existing root network. These grafted vines are only a small percentage of the total vineyard, so the production is quite small.