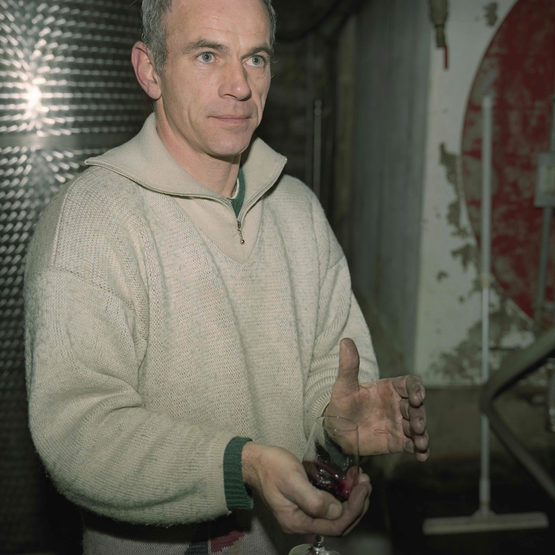 Marc Besnardeau is from Paris originally and before he met Mireille Farjon, he was a sommelier at one of the better restaurants in Paris (in the Montmartre section). In marrying her he not only moved, but also made the complete change from the city life to the life of a vigneron. His fine palate as a sommelier, however, put him in good stead for evaluating wine and making his own. He knew, for example, that when he bought wines, to look for those with low yields and concentration and sought out the examples that were bottled unfiltered. He now has the opportunity to put these views into practice.

The domaine that Marc Besnardeau has taken over is very well situated between St. Cecile and Cairanne. From these vines he produces several cuvees. The Cotes du Rhone that we get from him is our selection, about two-thirds Grenache, one-third Syrah, though this varies slightly form vintage to vintage, but is always bottled unfiltered. The Cotes du Rhone Villages cuvee we generally favor is Cuvee Gabrielle named after one of their three daughters. This cuvee is about half Grenache the balance principally Syrah and Mourvedre and is aged for a short time in barrique. Marc also has recently acquired a parcel in Cairanne that is a great example of one of the best value appellations in France.

All of his wines are deeply colored, ripe, robust and while one can think of many flavors to describe them, the word delicious pretty much says it all.